by Erika
in Headshots

Samuel is a sweet little two-year old who I have known since he was only a few months old.  I first photographed him so that he would have headshots and book some modeling gigs… which he did!  He is the little boy in the Winnie the Pooh movie and models for Janey and Jack.  A few months later, I photographed Samuel’s first birthday party which was a huge bash complete with a Sesame St. band, face painting, giant Elmo, bouncy and cookie monster cookies.  When we caught up for Samuel’s new set of headshots a few days ago (because his agent needs new headshots that represent his “older” look) Samuel was energetic and professional – all that you can hope for from a budding star.  From the round of new headshots that you see here, we got him booked for a national GAP campaign.  Work it Sammy! 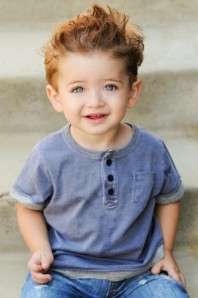