by Leah
in 1st Birthday 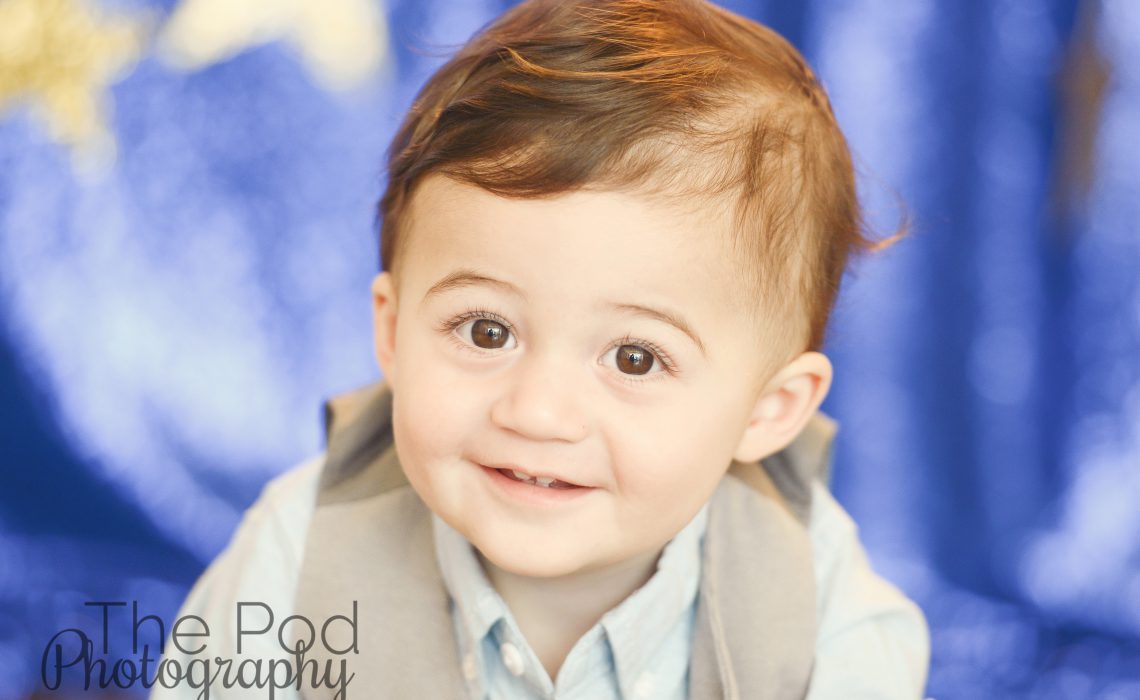 About two days after purchasing our adorable new moon prop, Zozo’s mom called me with the most adorable first birthday theme that I couldn’t wait to bring to life! And it was the perfect match for our moon! Le Petit Prince (or The Little Prince), is a popular French children’s book that has actually been translated into over 250 languages. Though I had never read it before, I was so inspired by the illustrations and brought our own little Pod twist to it.

Take a look at the cover of the book here: 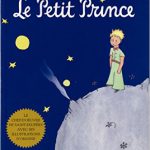 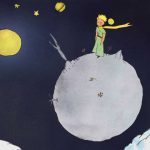 And here’s the spin that we put on it: 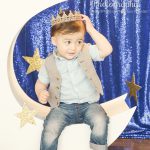 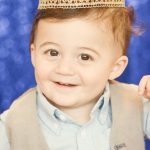 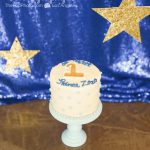 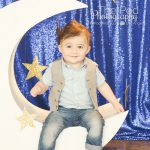 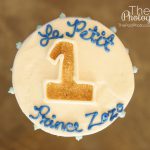 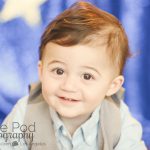 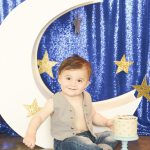 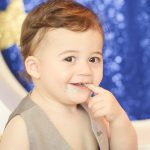 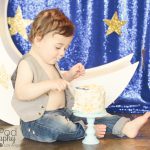 My most favorite thing to do here at the studio is create custom sets and stories for each client. So if you have a particular theme in mind, just let me know and we will design something absolutely amazing for you!

Take a look at our cake smash gallery on our website for more photos of babies turning one and smashing their cakes with us! Visit our portrait studio near Rancho Palos Verdes for more information, or give us a call at 310-391-4500 to schedule your consultation!

Never read Le Petit Prince? You can order it on Amazon, or read a quick synopsis of the storyline here:

This book is a hard one to summarize because it’s full of pretty lines and deep thoughts that lose their zing in précis. It is, however, chock full of events, which occur as follows:

Enter narrator. He is disappointed with the world of adults because they have no imagination and have all the wrong priorities. He’s had no one he could really talk to, and has led a pretty lonely life.

Enter the little prince. The narrator meets this little guy in the Sahara, far, far away from all human habitation. The narrator, who is a pilot, has had an accident with his plane and has been forced to land in the desert. The little prince, he discovers, is visiting from another planet. The two immediately hit it off and become good friends over the course of a week.

So, the little prince is prince of what, anyway? We learn that he lives on an asteroid named B-612, which is as big as a house. On it, there are three tiny volcanoes that come up to his knees: two are active, and he uses them to warm his breakfast; one is extinct, and he uses it as a footstool. And most importantly, on his planet is a flower whom he loves.

This flower is ill-tempered and vain, and her all-round bad behavior drives the prince away. But on the day of his departure, she admits she loves him and regrets that she never expressed it before. In any case, the prince has decided to leave, so leave he does, though the whole situation has that icky-sickly sheen of a bad break up.

The prince visits several tiny asteroids/ planets, which are inhabited by all sorts of strange characters—a king, a conceited man, a merchant, and so on—who are selfish and petty and successfully convince the little prince that adults are weird. Finally, he makes his way to Earth where he meets a wise fox who teaches him about trust and friendship. The fox’s lessons help the prince realize that he loves his flower, and that she is unique and special because of the relationship they share.

When he meets the narrator, the prince recounts his adventures to him and the narrator gets to share in the truths on life and love that the little guy has picked up along the way. After eight days in the desert, the narrator is out of water and the plane engine is starting to look unfixable. He and the little prince trek in the desert looking for a well and miraculously find one; also, the engine makes a speedy and surprising recovery.

So, all’s well that ends well, right? Hold onto your pants. We’re not done yet.

The little prince wants to return home to his tiny planet and his beloved flower. The way this is done, apparently, is to get bitten by a poisonous desert snake. This method sounds dubious to the narrator (and to Shmoop), but the prince is all about it. The snake bites the prince, who then collapses and disappears. (Hankies all around!)

The book ends six years after the narrator met the prince. Of course, the narrator still misses his friend. So he wants us to keep looking for the prince, just like he is, and he asks us to inform him immediately if we ever spot the little guy.