by Erika
in Maternity 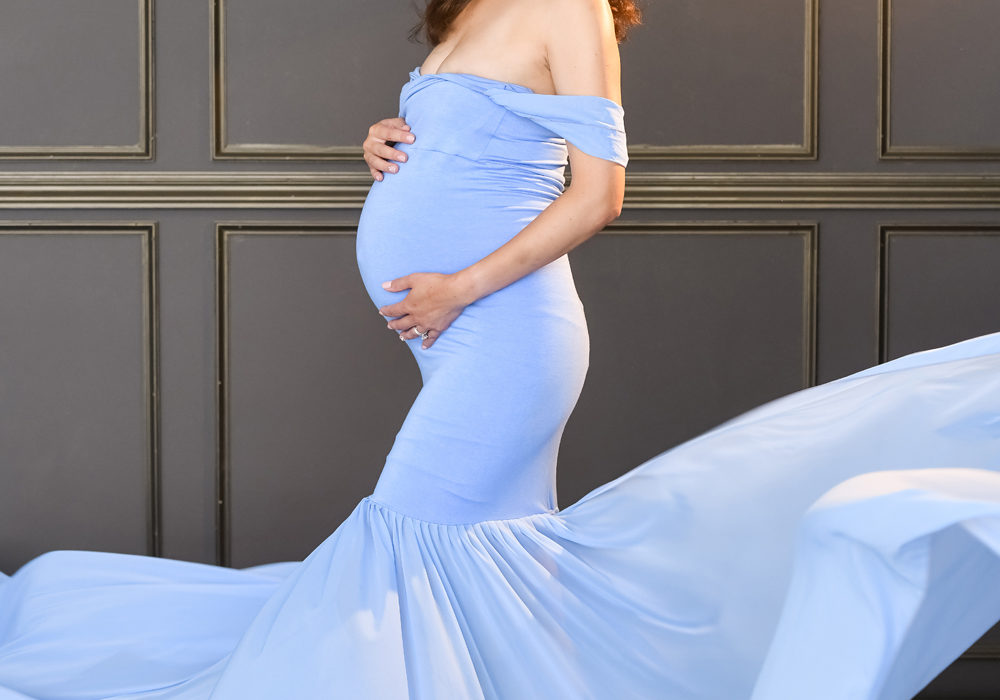 Adjusting to a new baby can be a lot – especially when they are your second child! At our Santa Monica photo studio – many of our maternity clients are having their second, third or even fourth child. As the premiere maternity photographer in Los Angeles, we love to capture a family’s portraits when there is already an older child. It is always so fun to incorporate the sibling into those oh so cute, iconic kissing belly photos that we love to capture. 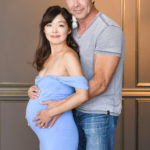 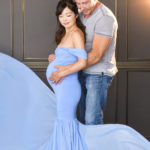 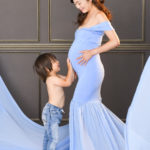 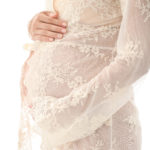 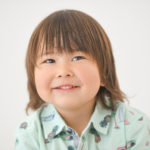 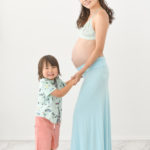 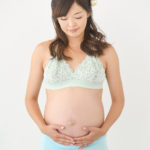 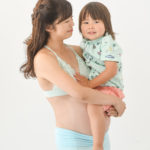 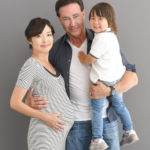 Here’s an interesting article on Parenting magazine about how to handle to adjustment of adding another member to the family:

No matter how old (or young) your firstborn is, she’ll have some adjusting to do when a brother or a sister comes on the scene. These tactics will make the changes easier for all of you.
By Renée Bacher
When I was pregnant with my second child, Isaac, a friend entertained me with a not-so-charming story: While her coworker’s new baby — also the second child — was napping in the living room, the mother overheard her 3-year-old whisper to a friend, “When Mommy’s in the kitchen, we can spit on him.” I was horrified and determined to make sure that kind of jealousy didn’t happen in my house. But while there was no spitting (that I know of, anyway), there was certainly envy.

At one point, my 3-year-old, Hannah, suggested with a sweet smile that we build her newborn brother “a really beautiful dog house in the backyard where he can live.”

Of course, being jealous is a normal rite of passage for all firstborns. However, the way you handle it can affect whether your child comes to see his new sibling as a friend or a foe down the road. Our age-by-age guide will help your older child adjust to the new kid in town (and keep his spit to himself).

What you can expect

Like my son Isaac, who was 15 months old when his brother, Ben, was born, young children can seem almost clueless about the arrival of a new baby. (We may as well have brought home a pooping stuffed animal.) But it can be an emotionally rough road to become a big brother or sister before the age of 2. “This is by far the hardest time for the firstborn to accept a new baby,” says Fran Walfish, Psy.D., author of The Self-Aware Parent. “Every child needs a full tablespoon of Mommy all to herself. Two years is a full tablespoon. Less than that can increase sibling jealousy and resistance to accepting the baby as a full member of the family.” If your older child doesn’t seem visibly upset by the baby’s arrival, it’s possible that she is still grieving the end of the way her life used to be. Often this grief doesn’t show up as overt jealousy and tantrums until the baby becomes mobile and starts grabbing your older child’s things.

How to handle it

Enjoy the calm for now, if that’s what you’ve got, and be sure to schedule some time alone each day with your toddler, even if it’s just a 15-minute story while the baby is in someone else’s arms. Remind yourself to smile when your toddler comes into the room, just as you did before you were so exhausted. (It doesn’t take much energy to grin and to give hugs and kisses to a little one who may need them.) Of course, toddlers can be an unreasonable bunch, new baby or no new baby. “Don’t fall into the trap of negotiating or pleading with your child,” says Dr. Walfish. If she whines that she wants you to pick her up but you’re nursing the baby, tell her: “You’re sad that I can’t pick you up right now. I’m sad too. Come snuggle up next to me and the baby. And when I’m finished, let’s hug!”

What you can expect

Many children this age become weepy, whiny, or clingy, especially after the novelty of a new baby wears off. “Ever since my baby came home, one of my 3-year-old twins has been super jealous,” says Amy Shoaff, of Westchester, California. “She’ll say she wants powder on her bottom, which she sees me putting on the baby, and she screams until she gets it.” Kids may want to nurse again if they’ve been weaned or to drink from a bottle when they’ve been happily using a sippy cup for months. Bedtime rituals may drag out and collide tragically with your baby’s fussy period. Also, a child who has been sleeping in his own bed may suddenly want to sleep in yours, especially if the baby is in your room. And if he’s been sleeping through the night he may start having nightmares or waking and wanting to get in on the action when he hears the baby at 3 a.m. “Most toddlers and preschoolers feel very conflicted about a new sibling. A part of them just wants to be a baby and another part, the part that says, ‘I can do it myself,’ wants autonomy and independence,” notes Parents advisor Jenn Berman, Psy.D., author of The A to Z Guide to Raising Happy, Confident Kids.

How to handle it

Give words to your child’s mixed emotions. Try something like, “It looks like you really want to be a baby now too,” suggests Dr. Berman. And then let your older child play baby for a while. My daughter, Hannah, and I used to do this when Isaac was a newborn: She’d sit on my lap and I’d cradle her, legs spilling over the side of the rocking chair, as she said variations of “Googeegaga” until we both started to laugh. The more I let myself get into it, the funnier it became, which I suspect defused her sadness and helped her move on; she didn’t ask to play baby more than a few times after that.

To help your child adjust to her new daily life, plan ahead while you’re pregnant. “Bedtime routines inevitably are shortened when the new babyarrives,” says Edward R. Christophersen, Ph.D., a clinical child psychologist at Children’s Mercy Hospitals and Clinics, in Kansas City, Missouri. “So condense them ahead of time.” If your child is used to Mommy getting him up and giving him breakfast, transition to Daddy doing it now and then before the baby is born. And Daddy should be sure to say how excited he is to have a turn with morning time. If the baby will be sleeping in your older child’s crib, get him a toddler bed months before the baby arrives (or get another crib). It’s also important to avoid blaming the baby for any negative changes in the house — that’s a recipe for resentment.